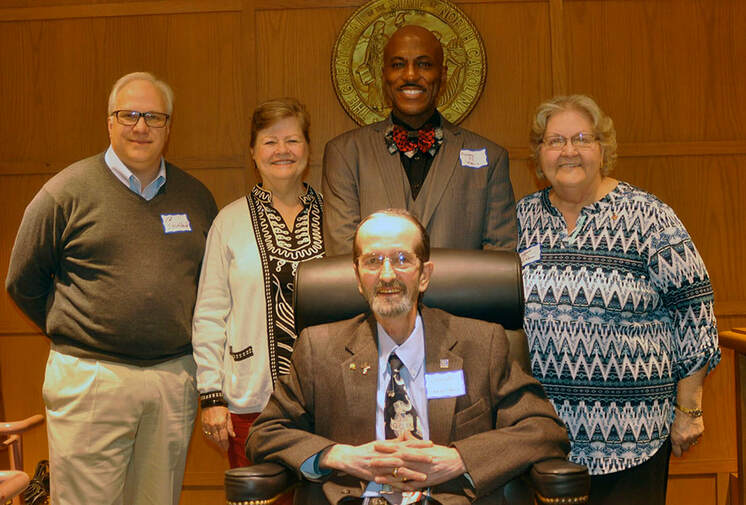 By acclamation, the Franklin County Republican Party elected Danny Pearce as chairman at their county convention held at the Hamilton Hobgood Courthouse Annex on March 9, 2019.

Pearce said: "I will do my very best to honor your confidence by doing all that I can to possibly make the Franklin County Republican Party a force to be reckoned with. With an organized effort and help from party members we can get this done."

"The liberal groups are taking over our schools. They are over our television programming and they are trying to take God out of our lives," Pearce added. "The movement of these groups, started years ago, and has influenced many of our politicians and thus we have them make poor decisions which have caused us many problems such as taxation at every turn instead of fiscal responsibility."

"Join me in the fight before it is really too late."

She also opposes government takeover of private property, which is known as eminent domain.

Barnes will also try to get the school mental health safety bill passed.  She said bills for school calendar flexibility and punishment for assaulting law enforcement officers is in the works.

Another bill Barnes is helping sponsor is, she said, a pro-life bill to stop dismemberment and late term abortions. She said lots of other bills will be forthcoming in the future. Barnes asked any and all to contact her any time and she is looking forward to 2020.

Glenn Bradley motioned that all convention delegates be nominated to go to the 2nd District and State Conventions.

First Vice-Chairman Ed Strickland seconded the motion, and the motion carried.  Twelve names were nominated to add to the list of delegates for District  2 and State Conventions.  Motion was made to close nominations by acclamation.  Motion carried.

Thirty-eight delegates will be going to the 2nd District and State Conventions, to be held in April and June, respectively.

Resolutions Committee Chairman Opie Pearce reported there were five resolutions for this convention:

Being that all resolutions were worthy, it was motioned by Convention Chairman Larry Norman to accept by acclamation all resolutions.  The motion was unanimous.

Second Vice-Chairman Apostle Wiggins spoke briefly on NCGOP Chairman Robin Hayes and his achievements. Hayes is looking forward to 2020 and excited to see what it will hold in store, Wiggins said.

The next monthly GOP covered dish dinner meeting will be the second Thursday of the month, of April 11 at 7:00 p.m. at GOP Headquarters, 101 W. Nash St., Louisburg.